The Compliance node can set the force limit on the robot movement along a single axis. This setting can be used for various applications of collision testing, object assembly, and object searching. Users can determine the direction of robot motion based on the Tool or the Base.

The compliance settings of the Node comes with: Single Axis, Teach, and Advanced. Refer to the example description in this Section for single axis. For teaching, the Compliance node can choose to teach with line direction or rotation direction. Users can use the two points of teaching to perform relative movement to complete the assembly, collision and other jobs. After setting the relevant parameters, users can specify the speed of motion and other additional stop conditions in the motion mode, to ensure that the tool will not be damaged. In the Compliance mode, the safety settings still function. 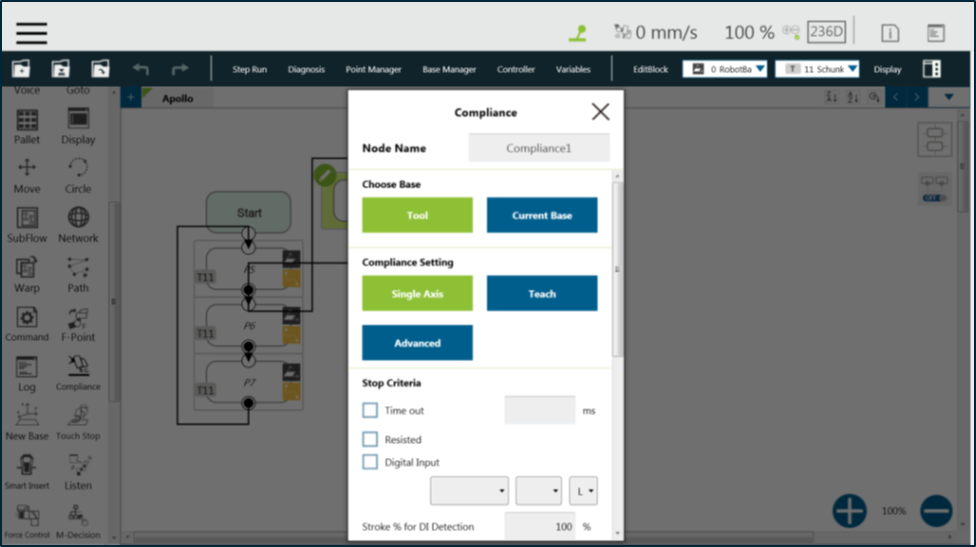 Output Variable: An int variable can be used to show the result of the Compliance, meaning which criteria has been triggered in the first   place, and should have the following possibilities: 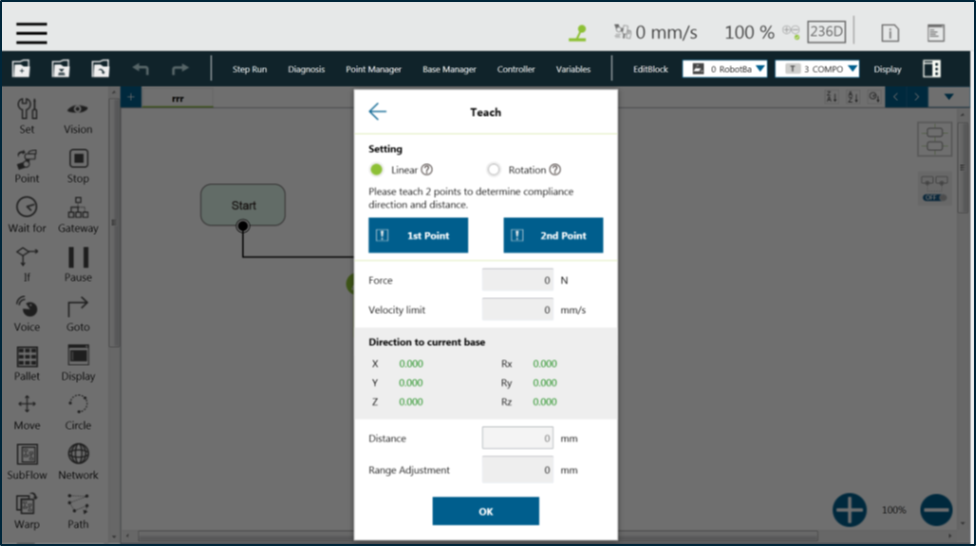 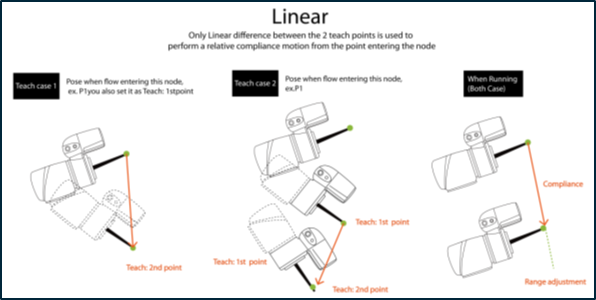 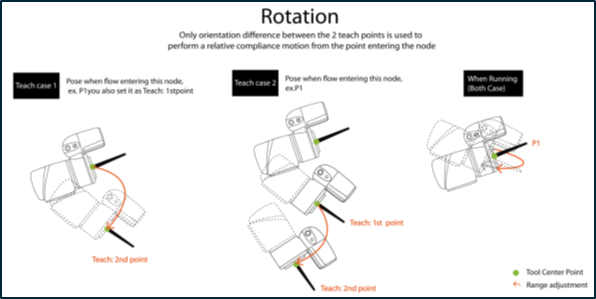 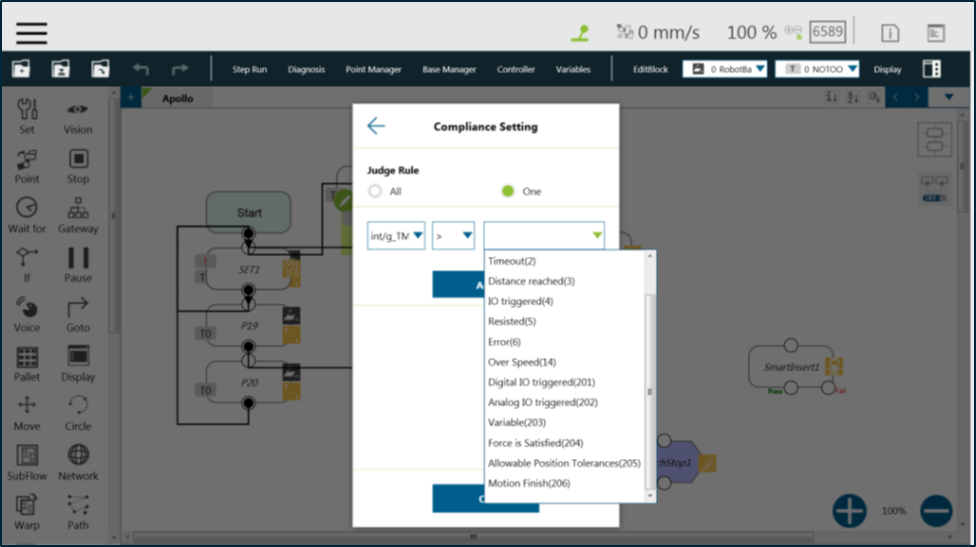