What are Factory Automation and Process Automation?

Process Automation is defined as use of control equipment to perform manufacturing operations on individual pieces, subassemblies or batches of products. The objective here is to improve the speed or quality of production by minimizing labor requirements or increasing machine speed/capacity with the same labor content.

Factory Automation involves using programmable logic controllers, computers and other control equipment to automatically sequence or operate entire production lines. The objective here is to speed up the entire production process from order entry through final delivery with no manual intervention.

Factory automation, for instance, can be categorized further according to these automation types: fixed, programmable, and flexible automation.

Fixed automation is relatively fixed and inflexible in terms of the cells it can handle. It’s not possible to change a fixed cell line easily, without considerable cost and plant downtime.

Programmable automation allows for quick changes to product types, part numbers or production quantities within a single cell. The type of product or quantity to be produced is usually determined by the programming of computer systems that are directly linked to cell controls.

Flexible automation allows for quick changes to product types, part numbers or production quantities within a single cell with minimal cost and plant downtime. The type of product or quantity produced can be changed using an ergonomically designed MMI (Man Machine Interface) that is also directly linked to the cell controllers.

At its core, factory automation is a holistic industrial process which, through automation, serves to reduce risk and harm to human works with increased automation in the tasks and production processes in a plant. While process automation focuses on automating industrial control applications used in the operation of factories, plants, and other industrial facilities. Process Automation can be used in all phases of manufacturing – from processing, inspection, testing and assembly – whereas factory automation is most commonly used for assembling products from parts.

Normally, quality concerns with process automation involve the loss of line synchronization between the product being assembled, the equipment that performs the assembly operations, and input/output devices that provide part or material data for processing.

A number of things have to be considered before choosing factory automation vs process automation. In general, if a high degree of flexibility is required and there are capable operators who can handle setups and make minor adjustments, process automation may be the way to go. If you need a higher level of accuracy or require multi-shift operation, then factory automation may be an easier and more practical solution. When in doubt, it’s usually best to hire an automation consultant or expert who can help you make the right decision.

Send us a message for more factory automation, as cobots serve to automate a variety of tasks in a wide range of industries, from food processing to manufacturing, construction, retail and more. 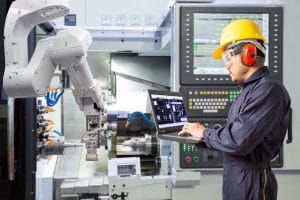 The Different Types of Industrial Automation 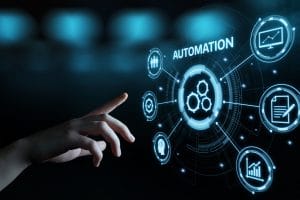 How Does Automation in Manufacturing Affect Your Workforce? 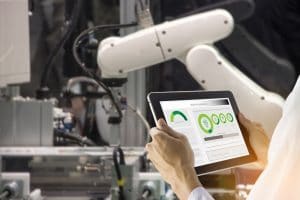 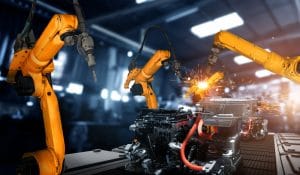 How to Effectively Design an Automatic Assembly Line