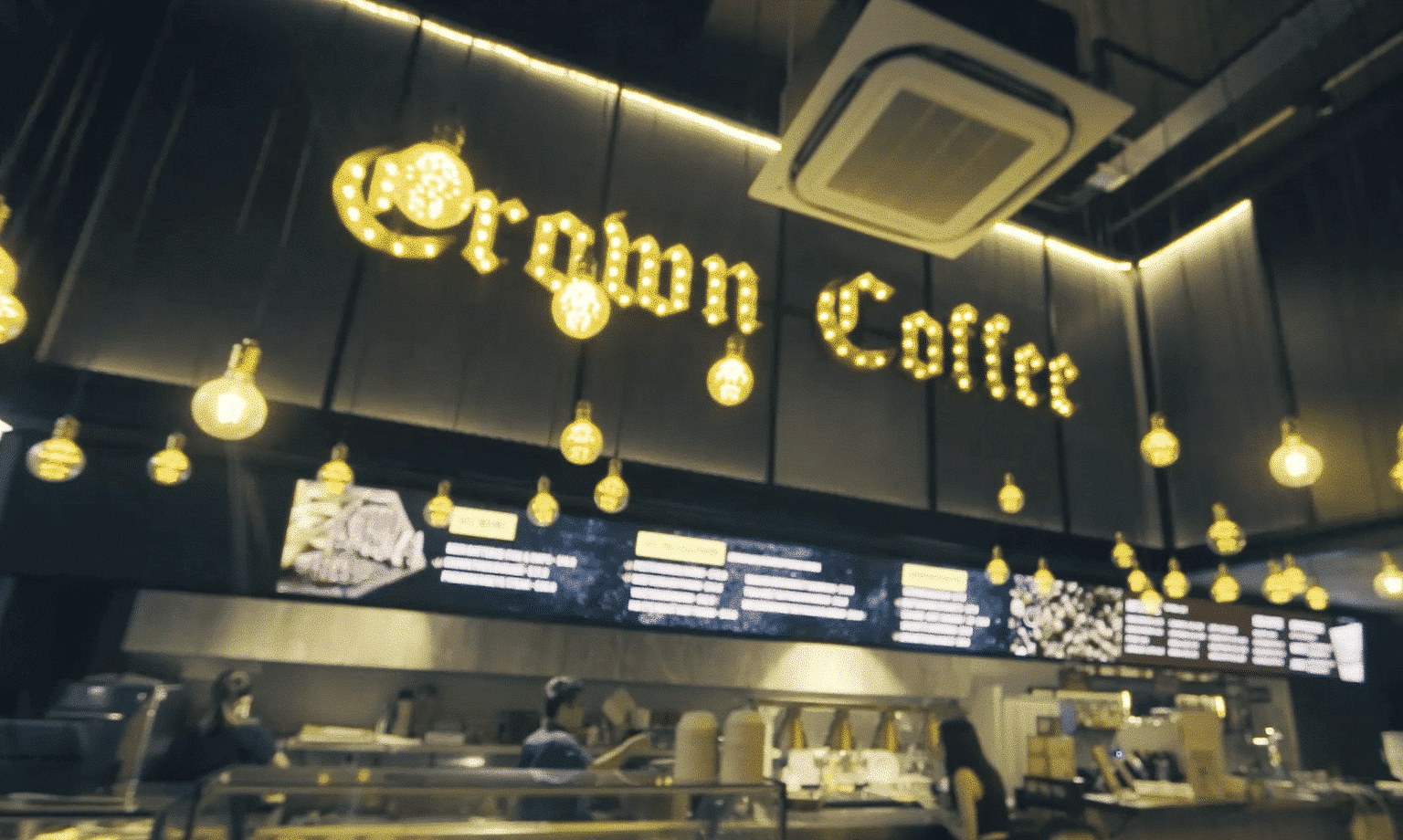 When we talk about robot arms, restaurants are generally not the 1st place we consider a robot arm would show up. However, with the capability to work closely with humans, we can now expect to see cobot chefs or cobot bartenders bring automation into restaurants and foodservice industries. Here, we are introducing one of the amazing stories of bringing the cobot into a foodservice business.

Crown Coffee is a café with four local branches based in Singapore. As their business continues to expand, Crown Coffee’s founder and CEO, Keith Tan, realized that manpower and finding the right talents has been a great challenge. The employee turnover rate is also relatively higher, especially for service jobs. In 2019, Keith decided to introduce TM Robot to help provide services that satisfy customers, even with a limited amount of staff. By implementing robotic technology into his store, he has also created a whole new model for the future food & beverage industry.

Crown Coffee is now operating its cafe with a robotics barista that helps to prepare and serve coffee. TM Robot was chosen for this solution due to its key features that can support Keith’s idea of a 24 hours unmanned café. “We decided to go with the Techman’s TM5 robot that has a built-in vision function. There are other robots that allow users to integrate external vision systems, but with TM5, it definitely saved us a lot of time and cost on integration,” says Keith during the interview. “Another feature of TM5 is its user interface. It’s very graphical and contains a lot of function icons, we can just drag and pull these icons to construct a logical workflow for the robot, very intuitive and easy to use. I’ve never had robot operating experience before but I was able to pick this up very quickly. These factors are why we choose TM Robot in the beginning.” This also allows Keith and his employees to utilize the freed-up time to communicate more with customers.

After implementing the robotic barista, it became very popular among customers that line up to witness its smooth movements, using pick-and-place motions to prepare the customer’s ordered coffee. Besides attracting more customers, Crown Coffee has also gained many interests from other businesses, such as hotels, co-working spaces, airports, and etc. Another great benefit of introducing TM Robot into Crown Coffee, Keith mentioned that the robot can easily perform repeated actions, which helps to keep their coffee quality very consistent. The cobot is also capable of working consecutively in a stable condition that solves the issue of higher labor costs and employee turnover rates. So by assigning the repetitive tasks to the robots, humans can now handle more value-added tasks. Robotic technologies are not meant to replace humans, but instead to assist us, and work with humans in a collaborative manner. 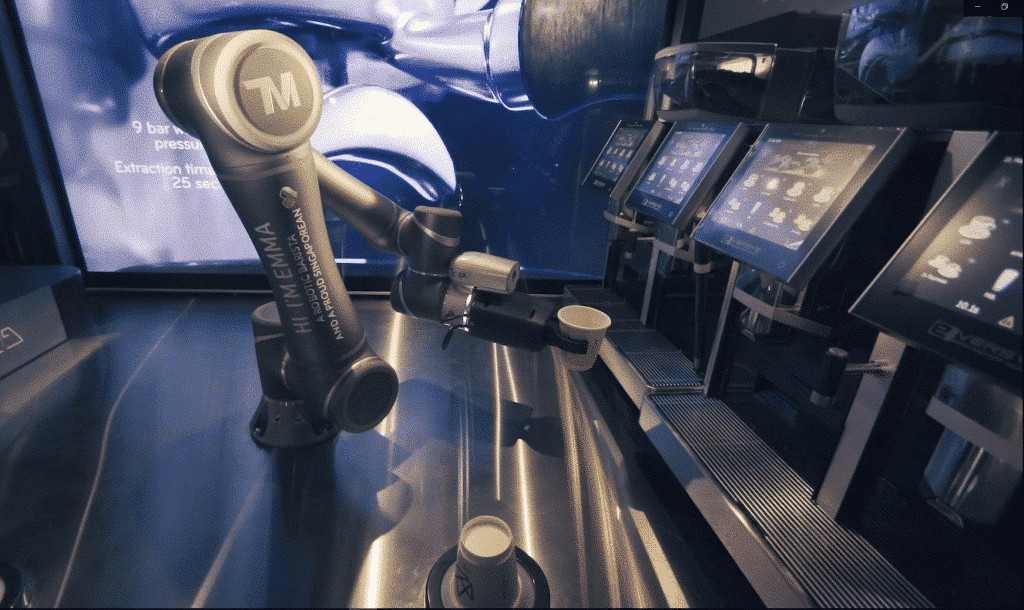 TM Robot has expanded Crown Coffee’s vision of operating a café, they believe in an interconnected experience, where you can combine data with automation, and the whole user experience into one. Keith is also planning to bring its business automation to a higher level, building an all-around management system in their café. This new ecosystem includes IoT devices, AI, and cameras with facial recognition technology, connecting all the dots from their front-end ordering system to the back-end management system. This will help store managers to monitor food production status through all of the equipment such as robot arm and coffee machine, and get to know their customer preferences or satisfaction level with data from the POS system. By Implementing TM Robot, Crown Coffee is now automating its business and defining a new business model for the café industry.