As the level of human labor declines in the modern world, more and more factories are starting to incorporate robots into production lines. With this becoming a future trend, students at school now might need to learn how to operate a robot to apply for related jobs.

Take a look at the industrial robots, they are physically very large, heavy, and not easy to control. Students might become frustrated and lose their motivation at an early stage with a robot that is too hard to operate. For example, the programming language for cobots from Techman Robot is very easy to learn. The cobot programming software called TMflow, is very suitable for those who are beginners in using robots. TMflow is a graphical-based language that is very easy to learn, and students can quickly gain confidence when using the language as they find it very easy to compile the commands to control the robot. Also by learning the basic logic from TMflow, students will gain more interest for learning other programming languages. Safety is the most important factor that all schools are concerned about. I remember in my time as a student, there was an industrial robot in the school laboratory. Whenever the robot reached a singularity point, it started to act incredibly erratic and would not respond to commands. That might cause potential hazards to all the students. For TM Robot, they are different from other bulky industrial robots. TM Robots have higher levels of safety configuration which makes them immediately cease all function and movements when they come into contact with any objects. As a result, a safety fence won’t be required for TM Robots, which also helps to save space and costs.

Giving Back to the Society

In December 2020, Techman Robot participated in the Edtech Taiwan convention not only to promote our products but also to give students more opportunities to become familiar with robots. As we are entering the Fourth Industrial Revolution, many engineering students still haven’t been in contact with a real robot that is used in the engineering and manufacturing industries. It is a pleasure to display our robots at the convention and see these young future engineers using their creativity to compile tasks with our collaborative robot. We would also like the public to understand that Techman Robot does not only produces robots but also take great responsibility for educating the students and give back to society.

To contribute towards the society, Techman Robot is dedicated to providing more qualified and educated automatic engineers. To minimize the gap between the academic and industrial sectors, Techman Robot provides the service of educating high school and university students in the practical use of robots. So far, Techman Robot has cooperated with the Department of Education of the Taipei City Government and has provided a series of practice automatic courses to schools, such as NTUST. We assist the schools to implant a basic production line at NCKU, and we have also support NCUT to attend robotic competitions. NCKU students working in their own production line

Techman Robot has the newest modern robotic technologies, such as artificial intelligence, machine vision, and technologies which are realistically and practically utilized in the industries today. Engineering students now have the opportunity to use modern robotics via our educational programs, allowing them to be prepared to enter the modern engineering industry when they graduate from their studies. 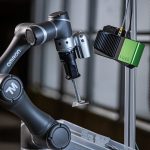 Cobots, COVID-19, and the Future of Production Linesuncategorized 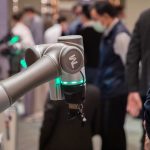